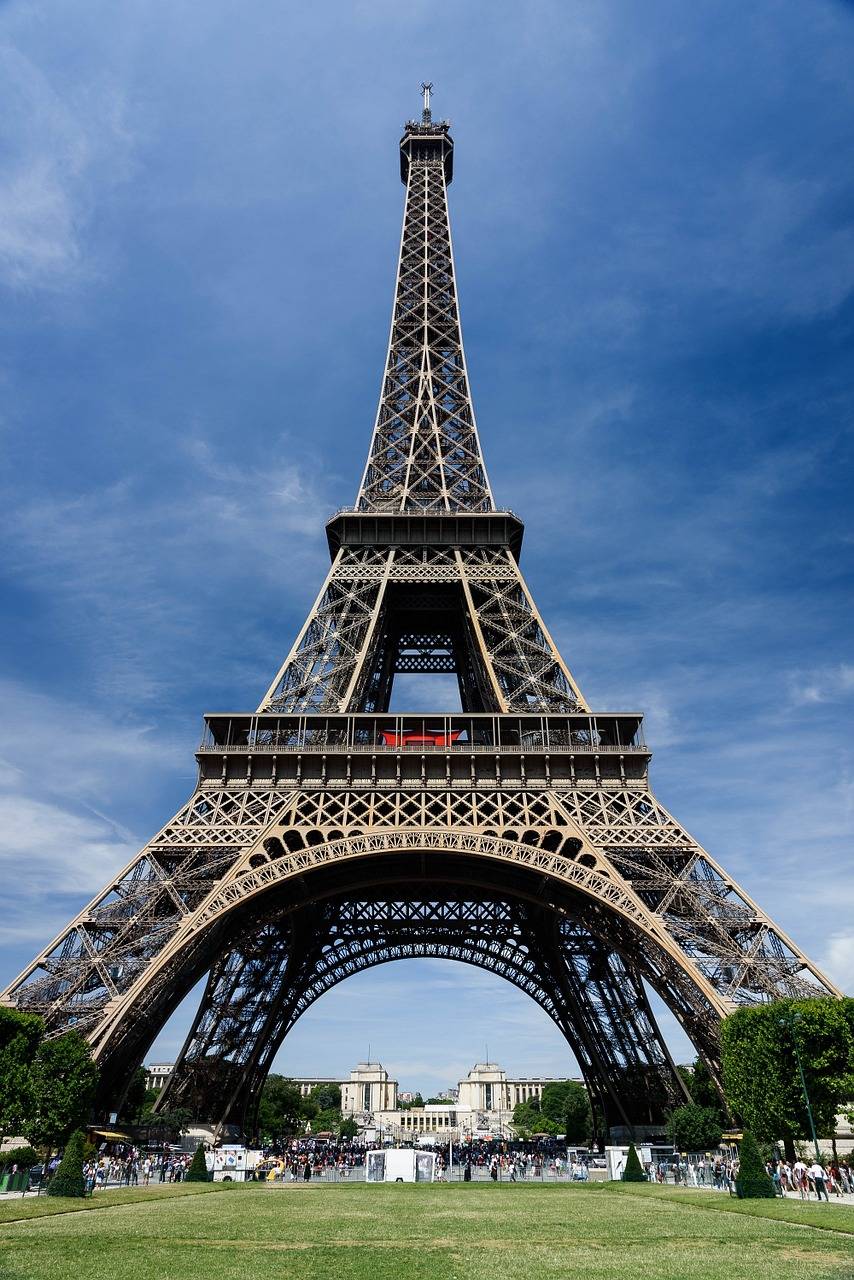 Built by the engineer Gustave Eiffel in 1889 for the Universal Exhibition. At 317 meters high, the tower is three storeys high and houses the radio and television transmitters of the capital at its summit. Visit of the machineries (at the basement of the West and East pillars) elevators. Exceptional panoramic view day and night on Paris, the Paris region and suburbs.

Reconstitution of the meeting between Gustave Eiffel and Thomas Edison. Panoramic and orientation tables so that tourists can easily find the Paris districts and the historic Parisian monuments. At the foot of the Eiffel Tower is the Champs de Mars, tourist walk if any. Tourism side; it is the most visited monument or tourist place in Paris.

All nationalities are represented through these photos of the Eiffel Tower.

Although the tower bears Eiffel’s name, it was originally designed by engineers Maurice Koechlin, Emile Nouguier and architect Stephen Sauvestre, who worked for Eiffel and modified the original sketches to make them more aesthetically pleasing.

Eiffel’s genius in designing his tower was demonstrated, for example, by his desire to control the strong winds that blew from above. He did this by reducing the surface area of the tower walls, using an iron grid. Eiffel considered wind conditions and control to be the central and most difficult challenge of the entire construction process. He studied the effects of wind empirically, through experience and graphs, rather than mathematically. The lower part of the tower is oversized so that the tower can withstand the pressure of the wind. The fact that the tower only sways 6 to 7 cm in the wind is a sign of successful implementation.

As an engineer, Gustave Eiffel believed strongly in the importance of strength and other calculations, as well as precision. Even before the tower, he had built railroad bridges and gained a reputation for solving the most difficult structural engineering problems. Eiffel was assisted in his design by engineers Maurice Koechlin and Emile Nouguie, working in the Eiffel office, and by architect Stephen Sauvestre, who made significant changes to the original design. A total of 50 engineers assisted Eiffel at various stages of the project.

Opponents of the tower project were numerous. The tower was considered an eyesore in Paris. Eiffel claimed that he was implementing the same ideals of tall, high buildings that had been implemented in the Egyptian pyramids. He told his critics that what in Egypt was the most dignified and beautiful thing mankind had ever achieved could, in Paris, become ugly and ridiculous.

It was almost demolished in 1909, but was saved because of its antenna – used for telegraphy at that time. From 1910, she enters the international time service. French radio (since 1918) and French television (since 1957) have also benefited from its stature.

During its existence, the Eiffel Tower has also witnessed some strange scenes, including that of a mountaineer in 1954 and his parachute in 1984 by two Englishmen. In 1923, a journalist got off the first floor by bike.

However, if her birth was difficult, she is now completely accepted and must be listed as one of the symbols of Paris itself.

How to get to the Eiffel Tower