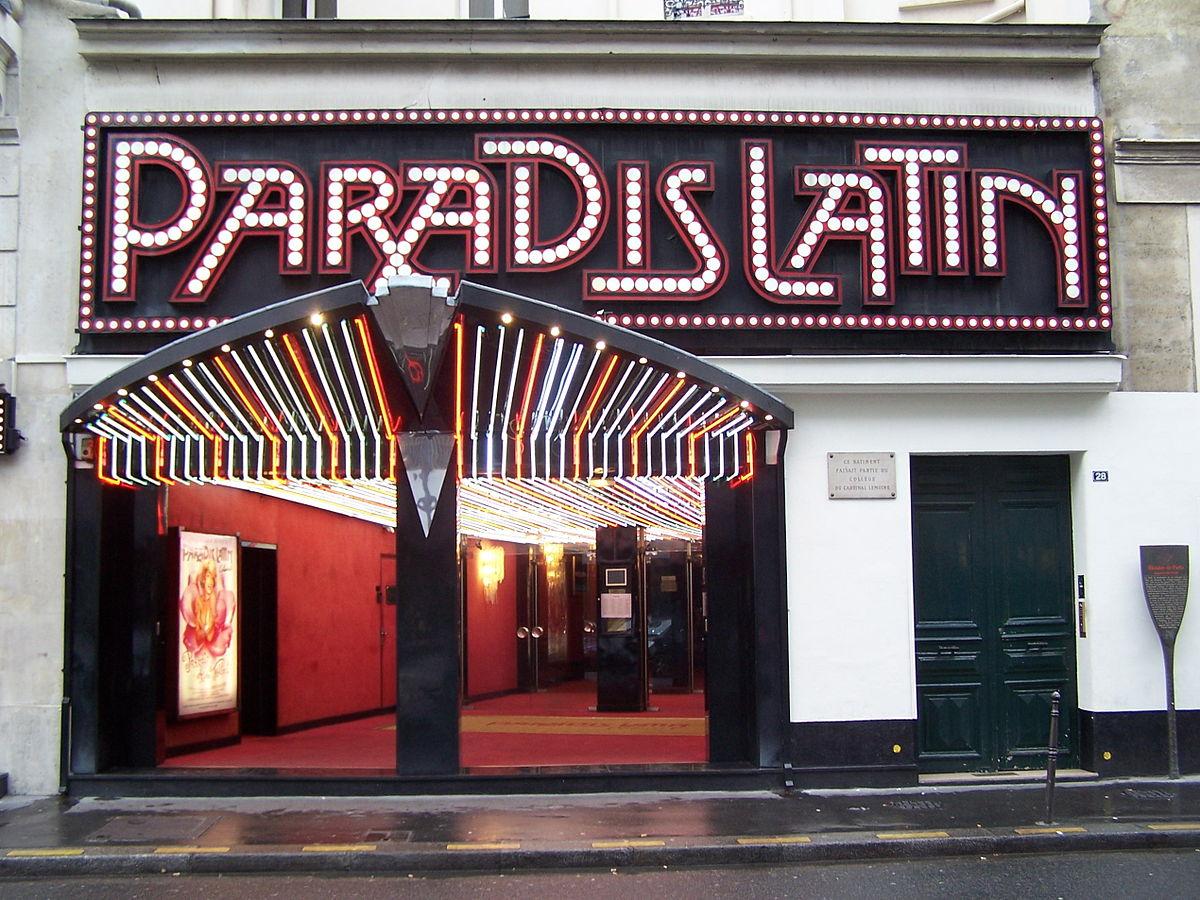 Where to go out?

The Cabaret Paradis Latin is one of the most famous concert halls in Paris. It is a typical and original Parisian cabaret, which has already conquered many people.

The Cabaret Paradis Latin is a true heritage of Paris. It came into being in 1802, when Emperor Napoleon Bonaparte had the Théâtre Latina built. A few years later, the theater became one of the most fashionable places for Parisian nightlife and intellectuals. In the following period, around 1830, it attracted a very heterogeneous clientele of bourgeois intellectuals, students, workers, merchants and aristocrats. In addition, on the ground floor of the theatre, it hosted a literary hall which attracted great writers such as Alexandre Dumas and Victor Hugo. After 1830 it became one of the high places of Parisian life. It was a fashionable establishment, frequented by a heterogeneous clientele where artists of all kinds, bourgeois, intellectuals, students, workers, shopkeepers and aristocrats did not disdain to slum it. This is the universe of Honoré de Balzac’s “Lost Illusions”.

In 1870, the Cabaret Paradis Latin was destroyed, a fact that happened during the Franco-Prussian war. 17 years later, during the preparation of the 1889 Universal Exhibition, the theatre was given a new lease of life. Thanks to the talent of Gustave Eiffel (yes, the same one who built and christened the Eiffel Tower) who rebuilt the Cabaret Paradis Latin at the same time as the Eiffel Tower was under construction. In 1889, the new theater was inaugurated and was named Paradis Latin.

The history of entertainment in Paris became strong with the rise of Montmartre in the Belle Époque, when CanCan and striptease became a “plague” in the cabarets on the right bank of Paris. Unfortunately, its success was not enough and it ended up closing its doors. In 1973, the building was sold, with the intention of renovating it into apartments. Fortunately for us, the plans were changed as soon as they discovered the treasures hidden in the ruins.

Imagine the surprise when they discovered traces of the previous cabaret, such as Eiffel’s incomparable architectural structure, the magnificent painted dome, old posters, among others. What else could the new owner, Jean Kriegel, do but restore this historic structure to its original glory? The first show of the reopening of the Latin Paradise took place on November 14, 1977. And since then, it has never stopped.

Inspired by fashionable magazines, festivities and joy unfold throughout the show. A veritable ballet firework display, the revue is marked by the French spirit. The fact that there is only one show a night makes the show all the more enjoyable. Since pupils and taste buds are cared for with the same respect, opting for the dinner show is an excellent choice. However, bubble lovers can reserve a “revue-champagne” and enjoy a sparkling evening!
With its new creation “Paradis à la Folie”, the Latin paradise is transformed into a magical garden where dancers will lead you into a farandole of scenes full of surprises, cheerfulness, enchanted rides, masked balls and musical comedies.