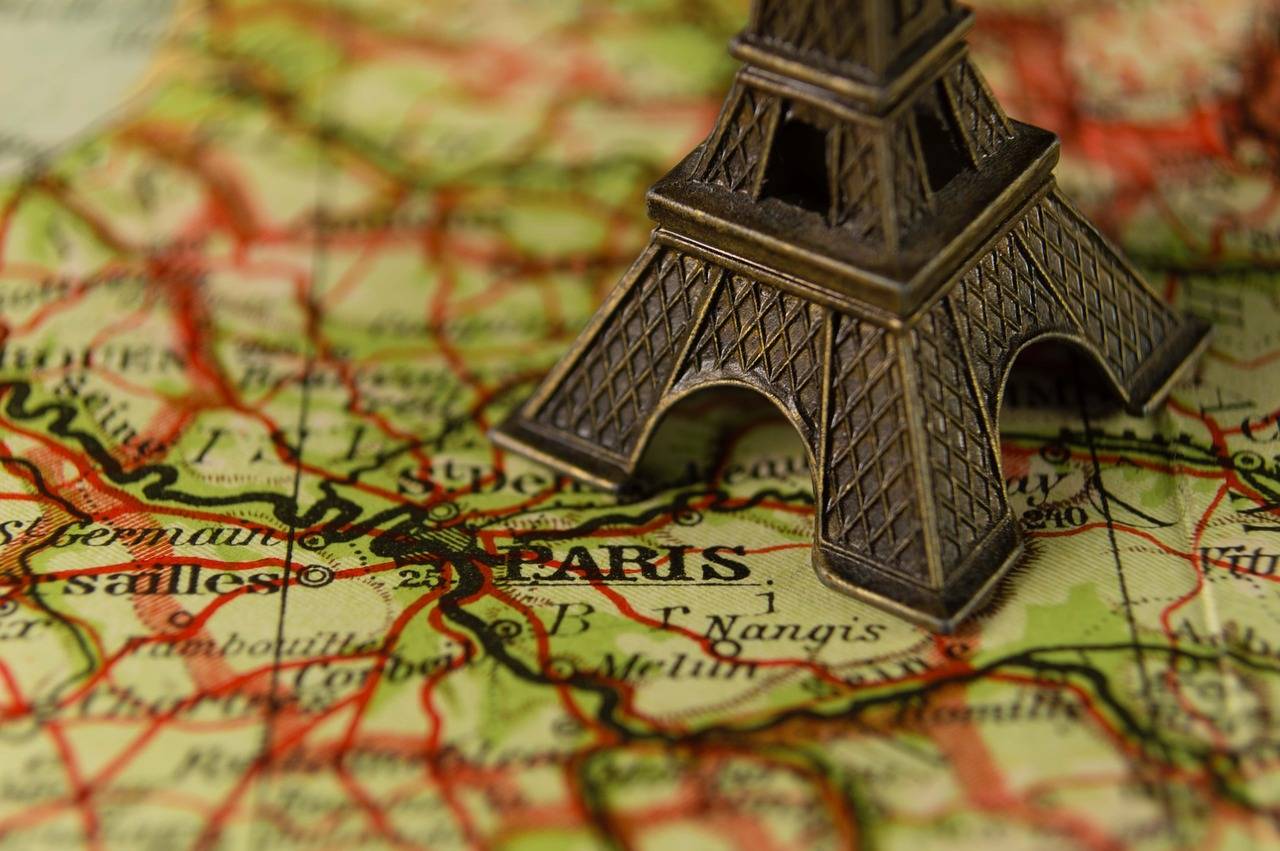 First named the city of “Lutèce” and Paris in reference to the Gauls of the “Parisii”, the city gradually becomes a real city that develops around a central axis: the Seine.
The Ile de la Cité then becomes the heart of Paris, for defensive and commercial reasons, because the creation of bridges allows easy access from one bank of the Seine to the other and therefore a place of exchange of goods from the South.
Conquered by Rome, in 52 BC, the Parisians, Christianized, are Romanized and the city becomes a real commercial axis for the Empire. Numerous remains of the city now belonging to the empire are still present in the city: the baths known today as Cluny and the Lutèce bullring updated in the 19th century are a must of this time.
After hostile invasions by peoples from the East, the fragility of the Roman Empire, and its downfall in 476 AD forced the city to establish its own defense system, under the authority of his Bishop.
While Clovis made Paris the capital of the kingdom of the Franks, the city was abandoned by the last Merovingian kings and declined under the dynasty of Carolingians, Charlemagne having established Aachen as capital.
The Norman invasions ravaged then the city which underwent about a century of Viking domination to pass under the Capetian dynasty in 861.
Under the reign of Hugh Capet, enthroned king of France in 987, and under the Capetian dynasty, Paris first capital of a tiny kingdom will prevail as a major city against other great lords to enter the Middle Ages.

Paris will be worn in the 11th century by the Capetian dynasty, whose kings de France are closely linked to city because from nearby region.
The Capetian Kings, including Philip Augustus quickly understood that the benefits and opportunities of development of the city can be used to regain their lost power of influence in the kingdom and initiate the construction of a modern state. The city acquires new administrative, institutional, military, judicial and university infrastructures.
The city began fortification work and then stands out from the countryside as evidenced by the wall surrounding it and the fortress of the Louvre.
The medieval town is divided in two: the right bank dedicated to traders (Les Halles), and the political and religious power (Palace of Justice and the hospital of the Hotel-Dieu), and the left bank and academic intellectual.
With a population of 80,000, Paris is in the 13th century the largest city in Christian Europe that will be in the next century suffering from famine and plague.
It is in a bloodless France and still divided that it enters the Hundred Years War with England, the city will return with peace and prosperity in the middle of the 15th century in a kingdom unified again.

The 16th century, the Italian Renaissance closed the period of the Middle Ages and sees the advent of science, art and great discoveries.
Ideas and knowledge are moving from one country to another and even now beyond the seas and oceans.
It is in this excitement that Paris continues to take off and becomes a decision-making place in France.
King François I (king from 1515 to 1547) imbued with his travels in Italy, rethinks the architecture and urban planning of Paris, and breathes into the city a wind of knowledge, promoting the impulse of a new intellectual life, as evidenced by the construction of the Sorbonne.
At the beginning of the 17th century, a real construction fever took hold of the city and the city was adorned with buildings of high quality: Louvre Museum Paris, The Garden of Tuileries Paris, The Jardin des Plantes of Paris, The Garden from Luxembourg Paris, and the Palais-Royal, the Marais district with its many private mansions, Place des Vosges and Place Dauphine.
Paradoxically, under the reign of Louis XIV (1643-1715), construction in the city slow down, the King decides to build a huge castle in Versailles just outside Paris, the Palace of Versailles where will sit power.
With 500,000 inhabitants, Paris will continue to beautify itself and remain the center of intellectual and cultural life, while the distance will irremediably distance the court of Versailles from the popular Paris.

After the turbulent times of the French Revolution and the end of the absolute monarchy, Paris was the scene of major events, resumed its place of Capital of France.
At the end of the Napoleonic wars and the return of the Bourbons, Paris resumed with population growth.
With about 1 million inhabitants in the middle of the century, but the structure of the city remained however medieval and consequently overpopulated, unhealthy and prey to epidemics.
It was under the Second Empire and under the leadership of Napoleon III, that the great works that will bring Paris into an era of modernity.
The city is then equipped with new infrastructures, the urbanism is totally redesigned to improve the life of the inhabitants: network of drinking water, sewers since the two large woods of Boulogne and Vincennes to the small squares ventilating each neighborhood through the parks of Buttes-Chaumont and Montsouris. The name of Baron Haussmann will become the emblem of the revival of the city of Paris.
The end of the Empire and the advent of the Republic prefigure the entrance of the city in the 20th century: the city celebrates science and modernity especially during the World Fair of 1889.