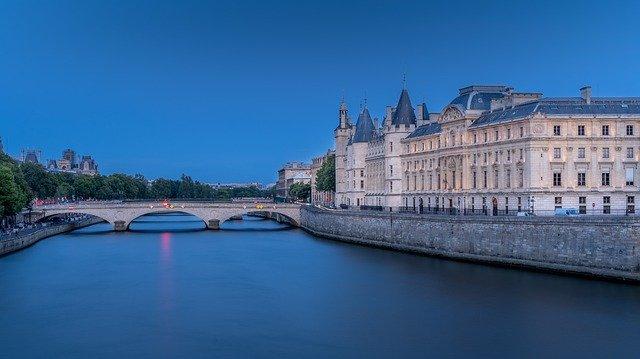 From the royal castle to the prison, the Conciergerie has been the scene of some of the most important moments in the history of France. The building was once the seat of the monarchy, survived the French Revolution and today serves as an important museum. To visit it is to walk through a living history book and navigate through the events of the past. For those who love history, this is a worthwhile walk. The visit can be divided into two parts: the medieval halls and the revolutionary halls.

The lower rooms are the only surviving remains of the Old City Palace. At the time of the Palace, these rooms were reserved for the royal guard and other subjects who worked for the royal family. Among the highlights are the Chambers of Arms, a fine example of Gothic civil architecture. Some traces of its former appearance remain in the room.

The revolutionary halls were occupied and transformed into a prison during the French Revolution. In these rooms the climate is a bit heavy and you will probably leave the place with a bit of a stomach ache. Nevertheless, the visit is interesting and an excellent opportunity to learn more about the history of France.

The visit starts in the main corridor, where the prisoners are moving around, and little by little the different types of dungeons appear. Depending on the hierarchical level or the crime committed, people were assigned different cells. To illustrate the experience, objects and explanatory panels tell the 5 centuries of prison history and some “famous” prisoners.

Those interested in reading and learning the facts should take about an hour and a half to visit all the rooms. For those who just want to “pass the eye”, do it in half an hour without making any noise.

History of the concierge service

In the 6th century, Clovis, the first king of France, established his residence in Ille-de-la-Cité. Six centuries later, King Huges Capet brought the council and its government palace to the Palais de la Cité – of which only the Conciergerie and the Sainte Chapelle remain – and Ille-de-la-Cité became the symbol of the French monarchy and nobility. In the 14th century, the palace underwent another major reform and also became the seat of the Parisian parliament.

At the end of the 14th century, Charles V transferred the royal residence to the Hôtel de Saint-Pol – which was soon to be destroyed – and after the assassination of his father’s advisers, he entrusted the administration of the palace to a Concierge, with judicial powers to administer the palace and the prison. Hence the name “Conciergerie”.

Shortly afterwards, the Revolutionary Court (founded in 1793) transformed the palace into its headquarters and reinforced, once and for all, its use as a prison. The revolutionary court moved into the Great Hall and created a programme based on virtue and terror. The law on suspects ordered the immediate arrest of all those who opposed the revolution, whether they were suspected or declared suspects. That year, more than 2,000 people appeared before the court, including Queen Marie-Antoinette and Robespierre.

With the fall of the monarchy the following year, the situation worsened further. At that time, known as the “Terror”, the government was made up of an executive power and the commune of Paris. Robespierre and the Montagnards created an intense political conflict against the enemies of the republic. At the Conciergerie, the worst and most feared prison of the revolution, individual trials were replaced by collective trials and then completely eliminated. Every day, dozens of people were guillotined. This period ended in 1795 with the fall of Robespierre and the dissolution of the court.

How to get to the Conciergerie :