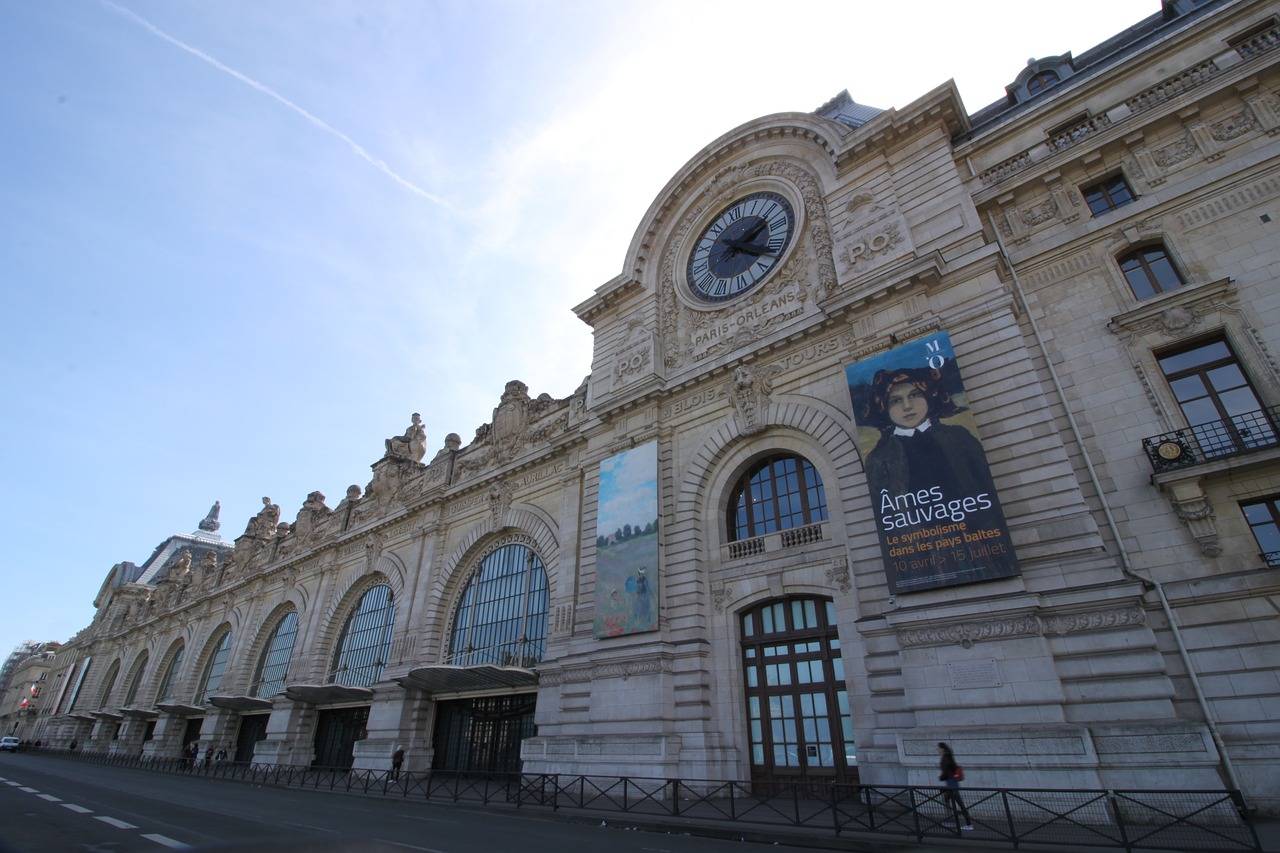 One of the places of Parisian culture: the Musée d’Orsay. The fine arts are represented: such as cinema, photography and paintings and paintings of the impressionists. Located on the Quai d’Orsay in Paris 7th arrondissement. Many exhibitions taking place during the year; it is therefore desirable to learn about programs frequently. A brief history concerning the Architecture of the Musée d’Orsay: Inaugurated on July 14, 1900, on the eve of the Universal Exhibition, the Orsay train station, built by the architect Victor Laloux, was only used as such until 1939. Very quickly, it proved to be inadequate for the growing number travelers, and it was then used successively as a reception center for prisoners at the liberation, filming location by Orson Welles, theater by Renaud Barrault company, and sales hall by Drouot. It was in 1973 that the idea of ​​a museum was born, but it was not until 1977 that the official decision was taken. On December 1, 1986 the museum, after an interior refitting by Gae Aulenti, was inaugurated by François Mitterrand. The transformation of the Orsay station into a museum was the work of architects MM. Bardon, Colboc and Philippon. This project had to respect the architecture of Victor Laloux while reinterpreting it according to its new vocation. Similarly; it was to make it possible to highlight the big nave by using it as main axis of the course. The work has transformed the marquee into a main entrance. Three distinct levels run through the museum: – On the ground floor, the rooms are distributed on both sides of the central courtyard. – At the intermediate level, the terraces dominate the course and introduce to the exhibition halls. – Finally the upper floor is built above the vestibule along the quay and extends into the highest part of the hotel (on rue de Bellechasse).

Distinct spaces are accessible from these three main levels of exhibition of the works: The upstream pavilion, the glazed passages of the large west tympanum of the station, the museum restaurant (located in the former dining room of the hotel ), the café des Hauteurs, the bookshop and finally the auditorium.

Major works not to be missed:

– “The Olympia” “The lunch on the grass” of Manet,

– “The Cathedrals” of Monet,

– “The Church of Auvers sur Oise” by Van Gogh,