The Basilica of the Sacred Heart 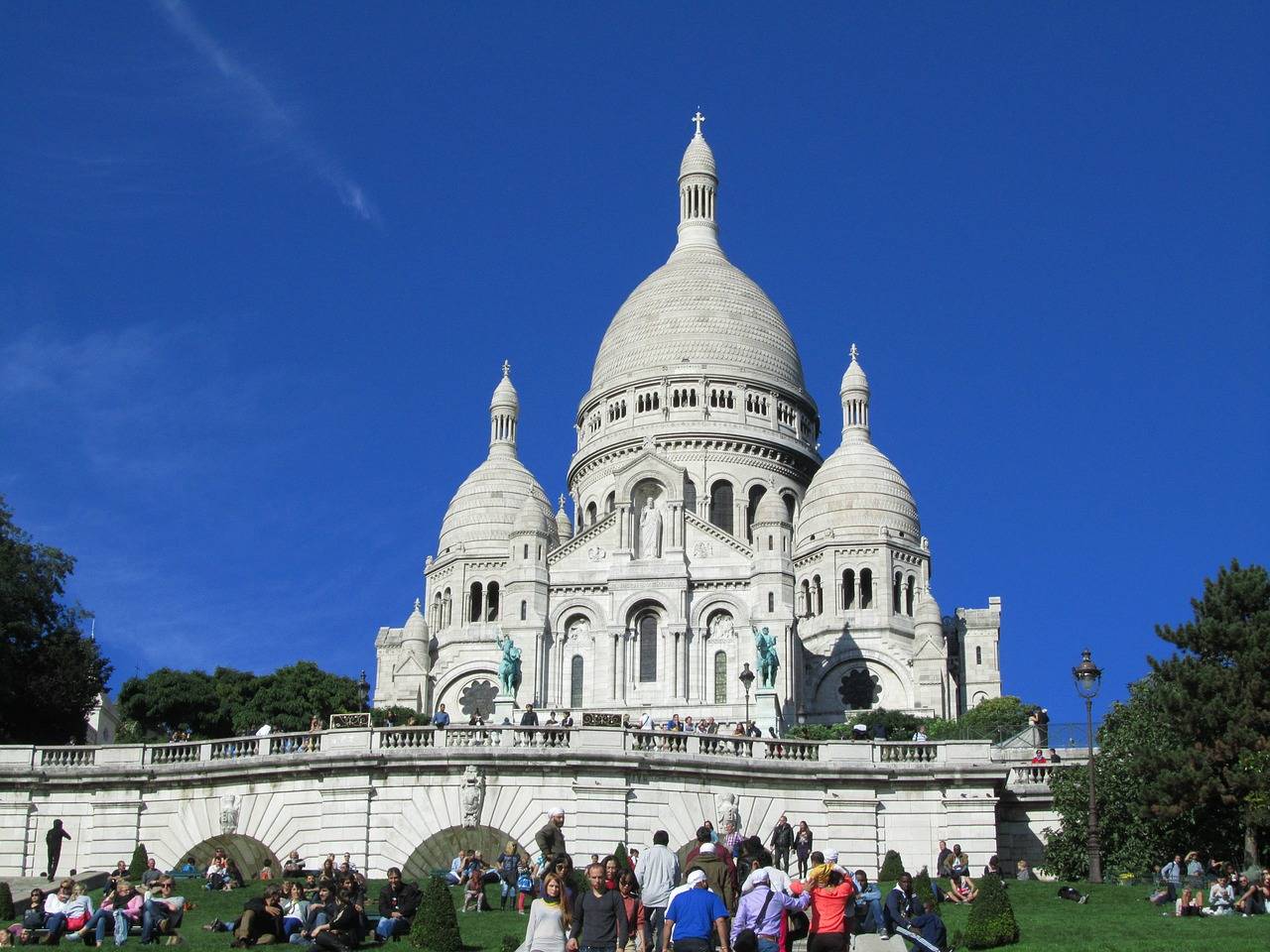 The Basilica of the Sacred Heart: the basilica is located at the top of the hill Montmartre in the 18th arrondissement, overlooking the city of Paris. This monument is one of the most visited of the capital. The basilica is in the shape of a Greek cross, decorated with four cupolas; its central dome, 80 m high, is surmounted by a lantern, formed of a colonnade. The architectural style of the basilica is inspired by Romanesque architecture as well as Byzantine architecture. At the apse, a huge square tower serving as a bell tower contains, among other bells, the biggest bell of France “la Savoyarde” which measures 3 meters in diameter and weighs about 19 tons. It was offered to the Basilica by the four dioceses of Savoy, and was sent to the hill on October 16, 1895. The crypt, which has the same layout as the church, is one of the curiosities of the basilica.

Butte Montmartre, located in the 18th arrondissement of the capital, is actually a hill on which Montmartre is built. Highest point of Paris (130 m), from the top of the hill can admire a breathtaking panorama of the old neighborhoods of Paris. One of the most visited places for tourists to see the Basilica of the Sacred Heart which is easy to access thanks to the funicular that climbs the hill. Many tourist sites are at its feet and among these: The Place du Tertre, where many painters paint or chew tourists. The house of Dalida (French singer), the Pigalle place and the Moulin Rouge, the market Saint-Pierre (district of the fabric merchants) as well as the Moulin de la Galette and the famous street Lepic and its café Les Deux Moulins (decor of some filming scenes for the famous movie “The Fabulous Destiny of Amélie Poulain”). Tourists and holidaymakers will find many tourist hotels; all as picturesque as each other and close to the cabaret show “Moulin Rouge”.

By metro M12 stop Abbesses
A funicular is possible
Beware there is a big climb to do because it is a hill!
Open from 6h to 22h
The official website http://www.sacre-coeur-montmartre.com/