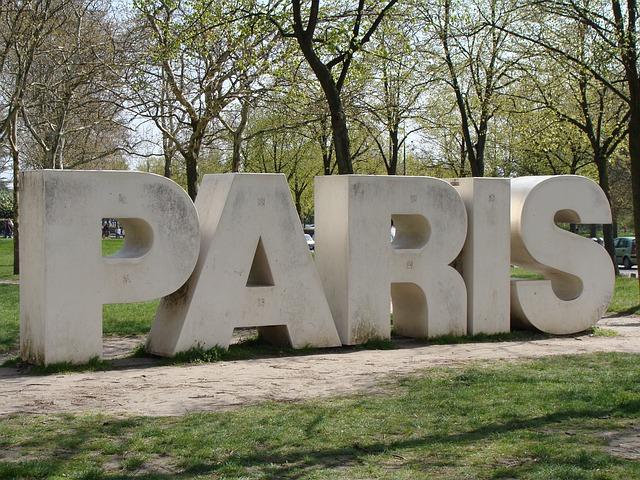 Paris is considered one of the cities in Europe with the most green spaces, so be prepared, you can choose one to call your own in Paris.

Most of the parks and gardens are located in the heart of Paris, but some are a bit further away, located on the outskirts of the capital, which can sometimes require a short trip by metro or RER .

In the parks and gardens of Paris, you can get some fresh air, take a walk and relax while discovering the Parisian life, among its monuments and tourist sites.

Located in the 6th arrondissement, it surrounds the Luxembourg Palace, which is the seat of the Senate. It is the second largest urban garden in Paris (after the Tuileries garden). Parisians love this garden because it is very well located in the center of Paris.

Napoleon named this “jardin d’enfants”, and it doesn’t matter if you have children or not, because you are sure to enjoy this garden.

Located on the left bank of Paris, the Jardin du Luxembourg is a great place to take a walk, sunbathe, picnic after visiting the Museum of the Middle Ages, the Pantheon. In the garden, you will find more than 100 sculptures that decorate the park of Luxembourg dating from the nineteenth century. The Fountain of Medicis (baroque fountain), and you can’t miss it. Built in 1630 by Marie de Medici, widow of King Henry IV of France, it fell into ruin in the eighteenth century but was restored by Jean Chalgrin, architect of the Arc de Triomphe, by order of Napoleon. After visiting the Fontaine de Medicis and enjoying the boats on the octagonal side, it’s time for you to look for the miniature Statue of Liberty and the statues of the Queens of France.

For children, there are playgrounds, a puppet theater, a beekeeping school. For athletes and tennis enthusiasts, there are also a few tennis courts in the Jardin de Luxembourg.

Where is the Jardin du Luxembourg located?

Access by RER B at Gare du Luxembourg station; by line M 4 at Vavin or Saint-Sulpice stations and by line M 12 at Notre-Dame-des-Champs station

On the premises of the Jardin des Tuileries is the Musée de l’Orangerie.

Many stone and bronze statues are scattered throughout the garden, giving you a more sophisticated look. It is interesting to note that the garden was added to the French list of historical monuments in 1914 and is on the Unesco list.

From mid-June to the end of August (summer), about 60 attractions, including the Ferris wheel, open their doors to the delight of young and old.

Where is the Jardin des Tuileries

Access by M 1, 8, 12 at Concorde metro station and by M1 at Tuileries station

Located in the 8th arrondissement of Paris, Parc Monceau is the most elegant green space in Paris. A park to enjoy the real French women who pass by in their high heels, the inhabitants of the mansions and the neighboring Haussmann buildings. At the main entrance is the rotunda, which once served as a building to collect tolls from merchants entering the city.

Created by the Duke of Chartres in 1778, Parc Monceau is unknown to the general public but deserves the attention it deserves. The park was designed on the model of English gardens.

Elegant and discreet, Parc Monceau is home to a few curiosities, such as an Egyptian pyramid, a mill and even a gothic castle. If you’re looking for a quiet and peaceful place, where you can walk, go out, read a book, Parc Monceau is the place to go.

Where is the Parc Monceau located?

The Jardin des Plantes was only a royal garden, with medicinal virtues created in 1626 by Jean Héroard and Guy de La Brosse (doctors of the former king Louis XIII), the garden was developed in a consequent way in the middle of the XVIIIth century.

It is located in the fifth arrondissement of Paris. Located near the Paris Mosque, the Jardin des Plantes is a great place to stroll before or after visiting the National Museum of Natural History, the Arab World Institute or the Paris Mosque, all of which are nearby.

In this historic botanical garden, you can escape the hustle and bustle of the city and lose yourself in the tree-lined paths amidst colorful flowerbeds, or in the greenhouses and exotic gardens – or simply relax on the lawns.
The Jardin des Plantes is also located on the left bank of Paris. In the garden, there are over 10,000 species and varieties of trees, flowers and plants. You will find the oldest tree in Paris, an acacia planted in 1601.

Whatever the season, you will be able to admire the most beautiful plants of the park, from orchids to banana trees, including cacti…

Where is located the Jardin des Plantes

The park is located in the 19th arrondissement. Baron Haussmann created this park in 1867 on a former dumping site. The Parc des Buttes Chaumont is the largest park in Paris and offers a magnificent view of Paris and the Sacré-Cœur (Montmartre).

Its architects built artificial cliffs, waterfalls, streams and a lake complete with an island crowned by a Roman-style temple. There are also boat tours and a café. Pony rides are also offered in the Parc des Buttes Chaumont.

Where the Parc des Buttes Chaumont is located

This park is located in the fourteenth arrondissement, on the left bank of the Seine. It covers an area of 15 hectares and was created by order of Napoleon III and Baron Haussmann. The park is in the English style.

The park is located near the university campus and is a privileged place of relaxation for the students.

Where is the Parc Montsouris located?