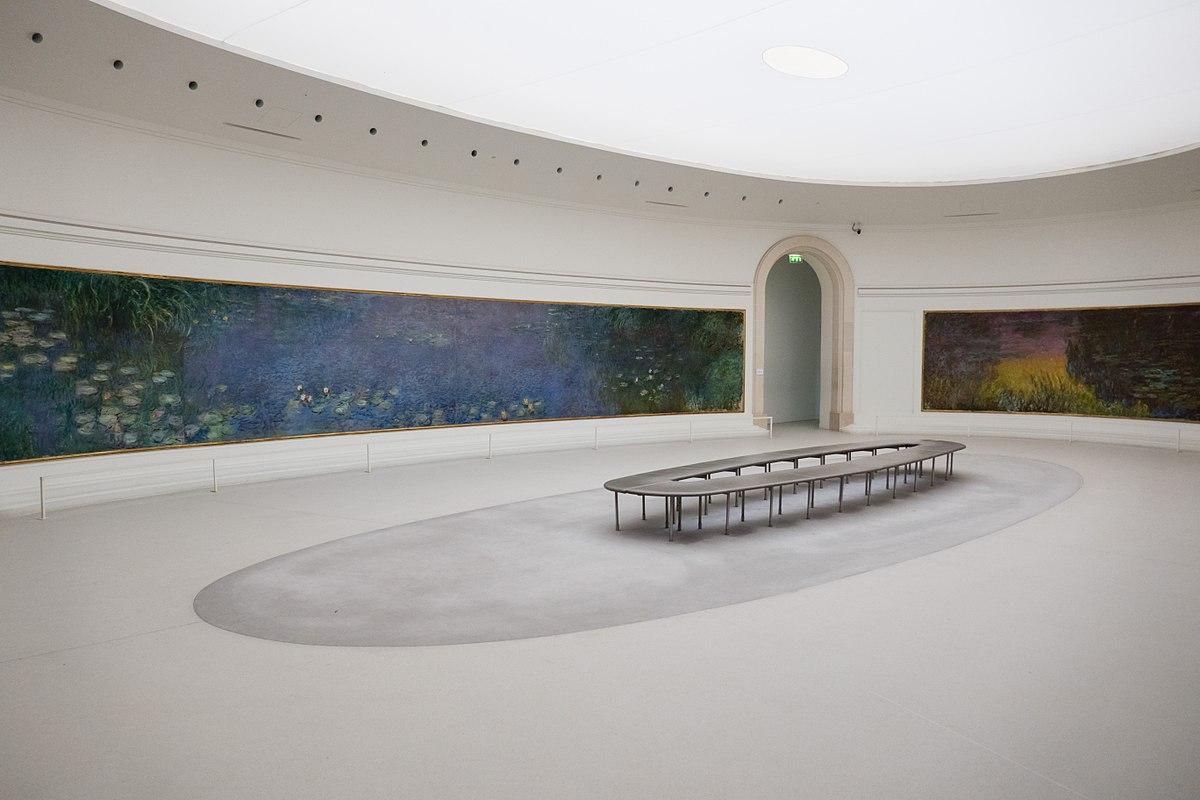 The Musée de l’Orangerie, located in the Tuileries Gardens, focuses on Impressionism and Post-Impressionism.

At the western end of the Tuileries garden (the “Louvre garden”), opposite the Place de la Concorde, are two small buildings that house two small museums. On the left, the Jeu de Paume, devoted to photography. On the right, the Musée de l’Orangerie, whose main attraction is the Nymphéries, a series of eight enormous paintings by Claude Monet in Giverny.

Origins of the building

The building of the Orangery Museum was not originally designed to house art but to house orange trees – hence the name Orangery. The orange feet that were used to decorate the Tuileries garden and which, during the winter, were kept in one of the Louvre’s galleries, needed a new place to keep them.

The building, commissioned by Emperor Napoleon III and designed by the architect Firmin Bourgeois, was built in 1852, in a record time of four months. The building was designed almost like a greenhouse: its south façade, facing the Seine, was glazed to receive the light and warmth of the sun. The opposite facade, facing the interior of the Tuileries, was almost blind to avoid the north winds.

After the fall of the Empire in 1870, the Orangery became part of the State and had a dual function: in winter, it housed the orange trees and during the hottest months of the year, it hosted various events: agricultural fairs, musicals, art and dog shows, banquets, competitions, etc.

From the greenhouse to the museum and the water lilies

In 1921, the State sold the Orangery building to the Undersecretary of Fine Arts. The aim was to transform the place into an exhibition space for the works of artists of the time. Georges Clemenceau then proposed to install in the Orangery the large group of paintings Les Nymphéries, which Claude Monet painted and offered to the State shortly after the end of the First World War.

Claude Monet had a precise idea of how he wanted to exhibit Les Nymphéries and the space that would house them. He was heavily involved in the Orangery’s reform project, together with the architect Camille Lefèvre, to ensure that everything went as he had imagined.

The eight panels, almost two metres high and 91 metres long, are arranged in two successive rooms, with oval plants that form the symbol of infinity. Access is via a vestibule, which forms the transition between the outside world and the inside. The east-west orientation of the two halls follows the course of the sun and the main Parisian axis, which runs from the Louvre to the Arc de Triomphe. Finally, the natural light coming from the glass ceiling seeks to plunge the visitor into a state of grace – the desire of the painter.

The “Claude Monet Museum” was opened by Clemenceau on 17 May 1927, a few months after the artist’s death, and was named Musée national de l’Orangerie des Tuileries.

From the 1930s onwards, the Orangery began to present important temporary exhibitions, in addition to having as its permanent and main attraction the Nymphs of Monet, the great star of the museum to this day. In 1984, the museum added the Jean Walter and Paul Guillaume collection, acquired by the French state in the late 1950s.

The last transformation of the Orangery took place from 2000 to 2006. The rooms built on the upper level of the entrance were removed and natural light returned to illuminate the Nymphs. New spaces were created in the basement to house the Jean Walter and Paul Guillaume collection. Temporary exhibition spaces, an auditorium, a teaching room and a bookshop were also created. The museum reopened its doors on 17 May 2006 and continues to develop an ambitious policy of temporary exhibitions.

The Orangery building is surrounded by several sculptures by famous artists. Along the north façade is a work by Alain Kirili and three bronzes by Rodin: Eve, Meditation with arms and The Shadow. In front of the museum there is a replica of Rodin’s Kiss. On the other side of the entrance you can see Henry Moore’s Le nu couché and Antoine-Louis Barye’s Le lion au serpent.

Schedule: open every day except Tuesdays, May 1st, the morning of July 14th and December 25th.