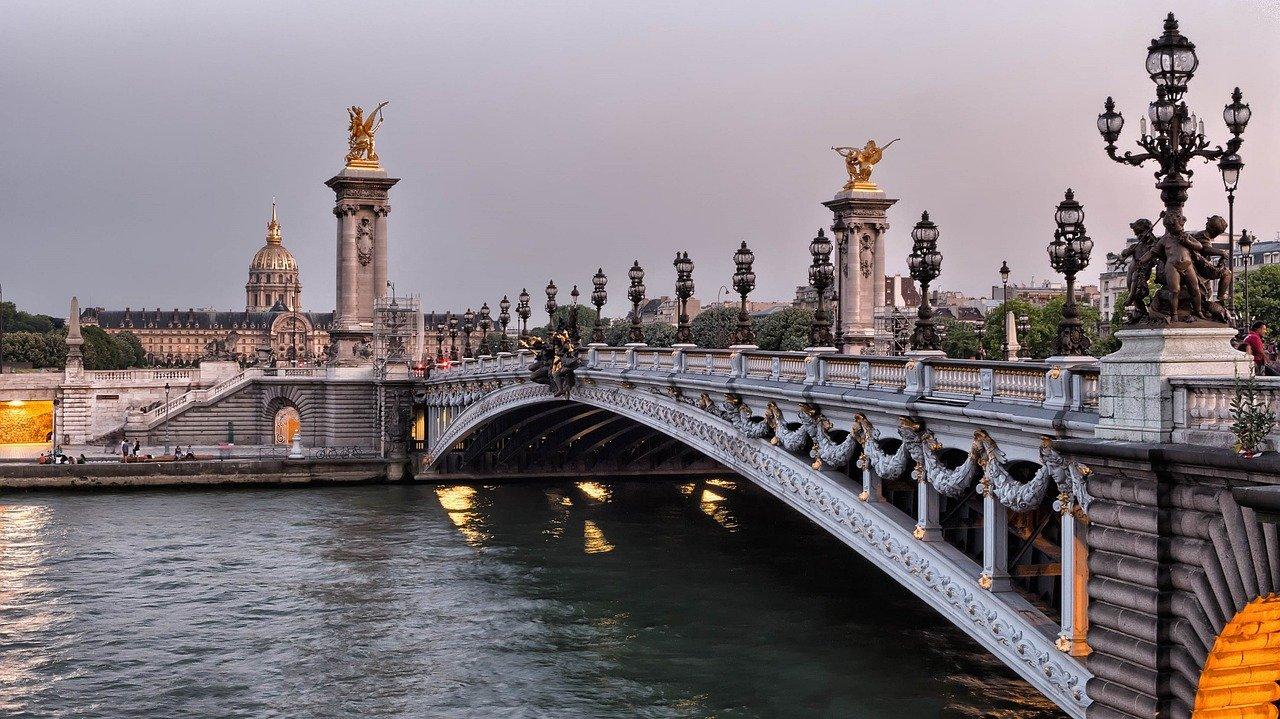 Famous for its statues, the Alexandre III bridge, which is one of the most beautiful in all Paris, crossing the Seine. It is one of the postcards of the city! The bridge connects the district of the Champs-Elysees to the district of the Invalides and passes over the Seine, which gives a beautiful view to those who cross it. In addition to bringing together these important districts, it is a monumental bridge, built with the Grand Palais and the Petit Palais to celebrate the Universal Exhibition of 1900.

What does the Alexandre III bridge symbolize in Paris?

The Alexandre III bridge symbolizes Art Nouveau, an architectural style that has greatly influenced the arts and sculpture. If you pass in front of it, you will notice that it is full of details, with shapes that symbolize plants, flowers, animals and mystical objects, such as nymphs and cherubs, with its Renaissance lanterns, and winged horses at both ends. There are also columns and ornaments, all with various details that may go unnoticed. It is an ideal bridge for a romantic walk, for example, especially in the late afternoon. It is one of the most beautiful views of the city!

Its construction began in 1896, when Tsar Nicholas II of Russia laid the foundation stone. The bridge will bear the name of his father, Alexander III (1845-1894), symbolizing the friendship between France and Russia represented by the Franco-Russian Alliance of 1891.

The bridge was built by engineers Jean Résal and Amédée d’Alby and inaugurated in 1900. Its construction was considered a marvel of 19th century engineering, with only six meters high and 107 meters long and an iron arch 40 meters wide. The bridge was developed by the architects Joseph Cassien-Bernard and Gaston Cousin and subjected to strict controls that prevented its splendor from obscuring the view of the Avenue des Champs-Élysées and the Palais des Invalides.