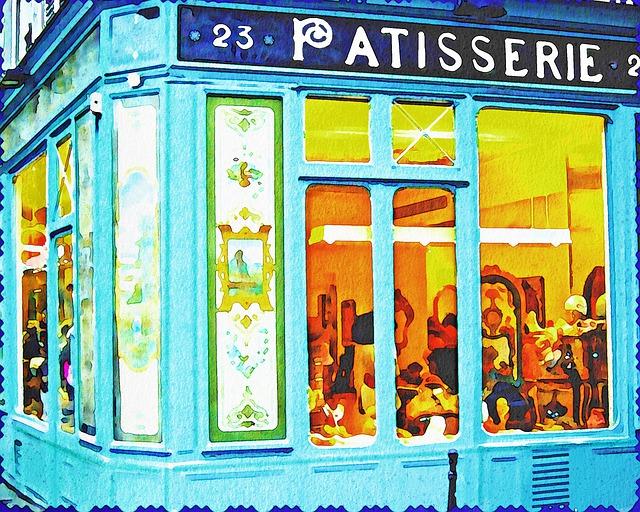 France is known for many things, but they are perhaps most famous in the world for their cuisine. French cuisine is popular all over the world, and its desserts and cakes are especially famous. Cakes as we know them today are largely a French invention, both in terms of decorations such as icing and sprinkles, but also dry cakes and tarts that are very similar to what they are today because of French cooking.

It has not always had this name. Before 1850, this pastry was called “Pain de la Duchesse”. At that time, it was a finger-shaped puff pastry rolled in almonds. It was Antonin Carême, one of the greatest pastry chefs of the 19th century, who had the idea of modernizing the little duchesses by removing the almonds and filling the pastry with chocolate or coffee. It was only 20 years after his death that the pastry was renamed the éclair. For some historians, this name is due to the fact that they are eaten very quickly, as they are surprisingly good! Today, the éclair is one of the most characteristic French pastries in the world.

A great classic of French pastry, the strawberry appeared as we know it today in the 1960s. Popularized in 1966 by Lenôtre, this sponge cake soaked in kirsch cream and creamed with strawberry was then called Bagatelle, in reference to the gardens of the same name in the Boulogne forest.

Before it joined two by two, this small cake made of almonds, sugar and egg white, crispy on the outside and soft on the inside, was presented on its own. If it is quoted by Rabelais, its origin remains uncertain. Nevertheless, many cities have claimed its paternity and many legends have been created. Some claim that this “monk’s spout” was made in 791 in a monastery near Cormery, others that Catherine de Medici brought it from Italy around 1533 when she joined the French royal family.

Profiteroles are a great classic of French pastry. It is made with a special dough called choux pastry. filled with whipped cream, often covered with a chocolate sauce when preparing “profiteroles au chocolat”.

This is a pastry generally made with chocolate or coffee. The 2 choux are covered with a fondue with the same flavour as the pastry cream, and a butter cream generally flavoured with coffee or vanilla which holds the top choux. According to legend, this dessert is called the nun because it has the shape of a church woman which would come from the color of the icing, reminiscent of the nuns’ dresses. It was invented in 1855 by Frascati, a famous confectioner in Paris.

While preparing an apple tart in their restaurant in Lamotte-Beuvron, Sologne, the sisters Caroline and Stéphanie Tatin forgot it in the oven and burned it. They decided to keep the caramelized apples and add some pastry on top… That’s how the Tarte Tatin was born!