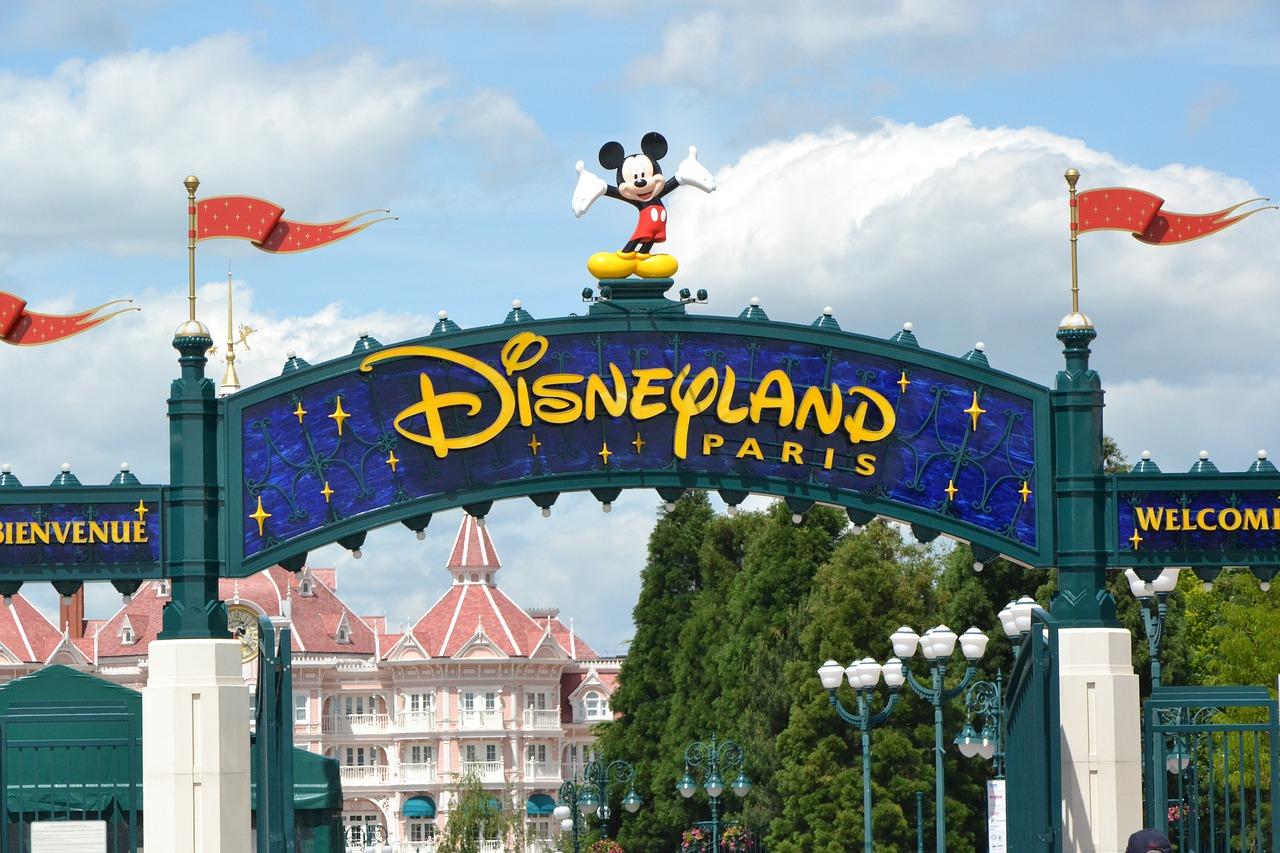 Located a few kilometers from the center of Paris (in Marne-la-Vallée) is the only Disney park complex in Europe. With two theme parks, Disneyland, Walt Disney Studios and the Disney Village with its stores and restaurants, you can enjoy attractions and take pictures with your favorite Disney characters. Although it is much smaller than the Orlando resort in Florida, it is an enchanting place with gardens, beautiful landscapes, beautiful attractions and hotels with different options of refinement and rates. Book a minimum of two nights in one of the hotels of the complex and be in the heart of the magic, enjoying unforgettable moments, then explore the charm of the City of Light.

Since 1992, Walt Disney’s Magic Kingdom arrived on the European continent (former name: Euro Disney). Many tourists visiting Europe and passing through Paris do not fail to explore the kingdom of Disneyland Paris. It has become Europe’s top tourist destination and welcomed nearly 10 million visitors in 2018. Located just over 40 km from the center of Paris, the theme parks at this Disney resort leave anyone enchanted by its beauty and charm. Getting to Disneyland Paris is very convenient and quick, as there are shuttle transfers from international airports and if you are already in Paris, you only need to take one train line that will take you directly to the magical world. The train station is right across the street from the entrance to the resort and the parks, resorts and attractions are very close, so you can visit everything in one day. However, it is ideal to stay one to three nights at one of the Disney hotels or a partner hotel, as they all offer free shuttles to the parks.

Ideally, you should schedule your visit in the spring, summer or even mid-fall, as winter temperatures are very cold and some days it may even snow. Although most of the attractions are closed, walking around the park with temperatures sometimes below 0ºC and seeing the parade or show you were expecting cancelled is not at all charming. The best season is spring, because there is the garden festival with beautiful flower sculptures throughout the park and the lines are shorter than in summer.

Best days of the week

If you want to visit the less crowded parks, where the number of visitors is reduced, choose the middle of the week, Tuesday, Wednesday and Thursday. Except during the French school vacations!

Similar in architecture to Magic Kingdom, the park features a central plaza with the beautiful castle of Princess Aurora, better known as Sleeping Beauty, and central trails connecting to the other areas of the park. Start your visit with this beautiful park and schedule the entire day to enjoy the attractions of Adventureland, Discoveryland, Fantasyland, Frontierland and Main Street U.S.A., and end your day with a dazzling show of projections, dancing fountains and fireworks in front of the most beautiful castle in all of the Disney resorts.

One of the newest Disney theme parks in the world opened in 2002 and has since brought more adrenaline and excitement to Disneyland Paris. Walt Disney Studios which is a slightly different version of Hollywood Studios in Orlando, but retains the same cinematic inspiration. In a compact and pleasant environment, you will visit attractions and enjoy shows inspired by great cinematic successes. Take a tour of a mini studio, chat with Stitch in a fun show, swim in Australian ocean currents with Crush, lose your breath as Fast and Furious stuntmen maneuver, spin a toy from Andy’s room, take on the terror of the Hollywood Tower, and go wild to the sounds of Aerosmith on an electrifying roller coaster.

A beautiful entertainment area awaits you with stores, restaurants and shows. Enjoy lunch amidst Hollywood movie memorabilia at Planet Hollywood, in the middle of a rainforest at the Rainforest Café, stock up on official Disneyland Paris merchandise at the World of Disney mega-store, and take in one of the best views of the resort on a hot air balloon ride at PanoraMagique.

Disneyland Paris is ideal for all ages, but will appeal to younger visitors.

Disneyland Paris has 6 hotels within the Park. Disney also has agreements with hotels located near the park that are less expensive.

For all the hotels below, the daily rate includes admission to both parks, free wifi in the hotel. All Disney Paris hotels also offer their guests Magic Extra Hours, a pass that allows you to enter both parks before they open and enjoy the attractions without waiting in line.

How to get to Disneyland Paris

Prices start at 54 euros with entrance for 1 park, the price for 2 parks from 74 €. If you’re going on a picnic, be aware that the park has filtered water fountains. Just bring your own bottle.